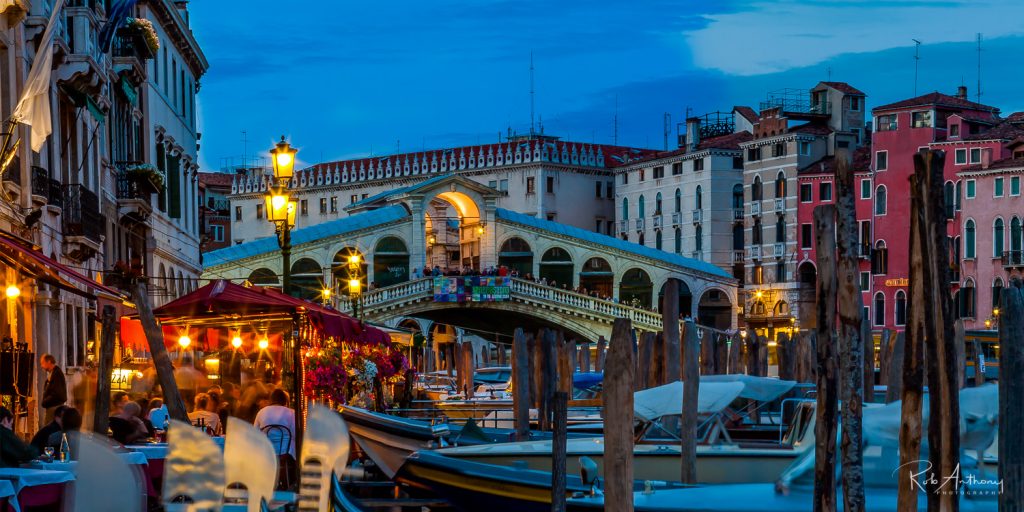 Rialto bridge in the blue hour

A classic shot of the Rialto bridge accross the Grand Canal, Venice. Of the four bridges spanning the canal, it is the oldest. It took three years to build and is made of marble. On its completion in 1591, people thought it would collapase just like its predecessors. It looks like the Swiss architect, Antonio da Ponte, got it right. Just over four and a quarter centuries later and it is still standing in all its resplendent glory.

This was shot was stitched from 5 single images taken on my first digital camera, a Canon 10D with a 24-70L lens. I printed this at 180x60cm for an exhibition and even with pixel peeping, it looks spectacular.